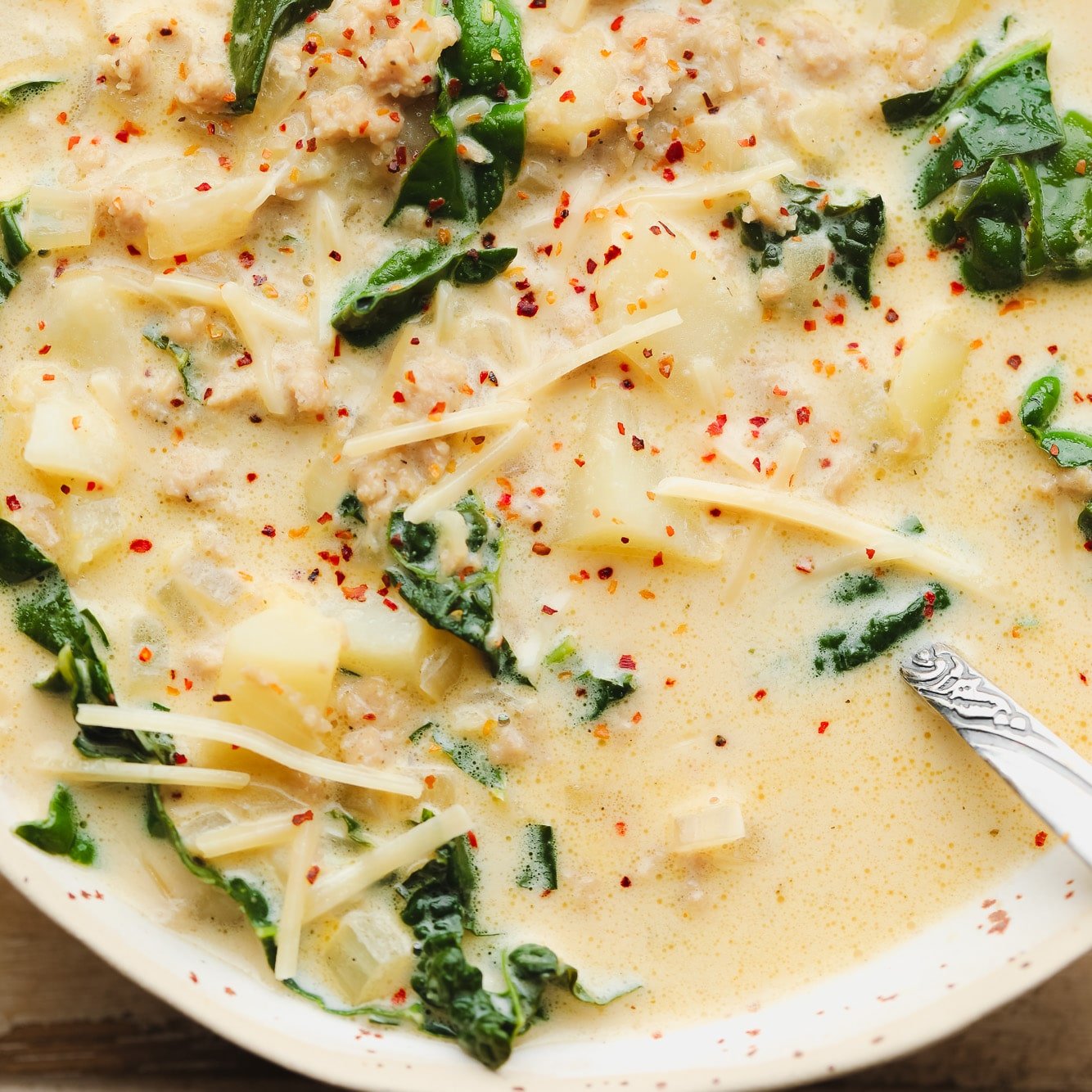 This delicious and creamy vegan Zuppa Toscana recipe is even better than Olive Garden! This is a rich and comforting soup made with vegan sausage, vegan cream, garlic, kale and potatoes.

If you’ve ever had Olive Garden’s Zuppa Toscana Soup, you know how addictive it can be. Or, if you’ve heard of the infamous menu item but never tried it, now’s your chance! My Vegan Zuppa Toscana recipe is just as irresistible as the classics, with all the rich and creamy qualities you desire.

It was surprisingly easy to replicate the richness of the classic in this vegan Olive Garden copycat Zuppa Toscana. With vegetarian-friendly options, such as vegan sausage, vegan heavy cream and plant-based chicken broth, the textures and flavors came together beautifully. You might not even notice it’s vegan!

What is Tuscan Soup?

How to Make Vegan Zuppa Toscana

Find the full recipe with measurements below on the recipe card.

Start by sauteing vegan sausage and onion in a large soup pot. Cook until the sausage is lightly browned and the onion is translucent.

Next, add the garlic and cook for 1 minute.

Add broth, potatoes, kale and red pepper flakes to your pot. Bring the mixture to a boil, then reduce the heat to a simmer.

Cover until the potatoes are soft.

To finish the soup, stir in the vegan heavy cream and cook for a few more minutes. Give it a taste and adjust salt and pepper as needed.

Should I use vegan sausage?

Copycat Zuppa Toscana is best made with vegan sausage but you don’t have to if you don’t want to. Instead, you can use diced mushrooms, tempeh sausage, leftover seitan meat, lentils or chickpeas.

How long will it last?

Leftover Zuppa Toscana will keep well in the refrigerator for up to 5 days. Store it in individual containers in the fridge to maintain freshness.

Can you freeze Zuppa Toscana?

Yes, it freezes well for about 2 months. Thaw leftovers in the fridge before reheating in the oven or microwave for about 1 minute.